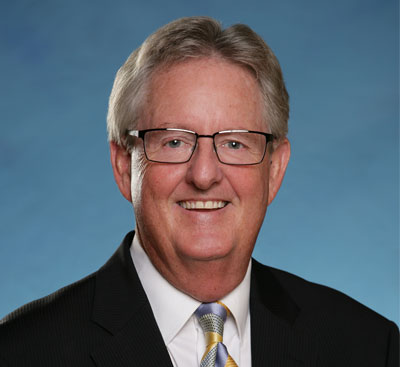 Dennis Ames is the managing shareholder of the Firm’s Orange County Office, a member of the Firm’s Administrative Committee and the Firm’s financial officer. Following his clerkship with the Firm in 1977, he joined the Firm as an attorney in 1978. He opened the Firm’s San Francisco office in 1981, where he concentrated his practice in the asbestos and toxic tort litigation. He relocated to manage the Firm’s Orange County office in 1986. For more than 30 years, he has engaged in an active and varied civil trial practice, representing the insurance industry in major loss, mass tort and products liability litigation. He has more recently devoted his practice to the defense of doctors, hospitals, pharmacy and healthcare organizations throughout California.

Mr. Ames is admitted to practice before the State and United States District Courts throughout California. He has been primary defense counsel in more than 100 superior court jury trials.

Mr. Ames is an elected Fellow of the American College of Trial Attorneys and a member of the American Board of Trial Advocates (ABOTA). He has been recognized by his peers, named 2004 Orange County ABOTA Trial Lawyer of the Year, designated among “Southern California Super Lawyers” each year since its inception in 2004, and elected to the California Medical Legal Committee, for which he is the immediate past-president. He also holds Martindale-Hubbell’s highest rating- AV.

Mr. Ames has been a guest lecturer, in-service provider, faculty member and panelist to numerous university, healthcare provider and risk management organizations. He has also provided instruction as an invited faculty member for the annual “Masters in Trial” program of the Orange County and Riverside-San Bernardino Chapters of ABOTA.

Mr. Ames is very active in his selected civic and religious charitable interests. Among them, he served as Chairman of the Board of Directors for the Anaheim Memorial Medical Center Foundation; maintains leadership roles in his local Catholic church and Catholic Charities Organizations; and, holds the rank of Knight Grand Cross with the Equestrian Order of the Knights of the Holy Sepulchre of Jerusalem.

Mr. Ames is most proud of his 40+year marriage to his wife and high school sweetheart, Brenda, his two great children, Stacey and Mark, and his two granddaughters, Aubrey and Molly, who are his extracurricular activity.