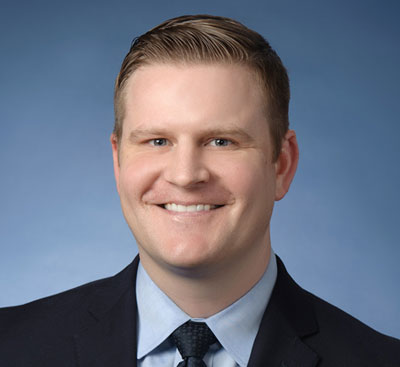 Mr. Hale is an Associate Attorney at the Sacramento office of La Follette Johnson where his practice focuses on representing health care professionals and hospitals in medical malpractice lawsuits. He joined the firm in 2015 but his time working as an intern and law clerk dates back to 2010.

In 2011, Mr. Hale received his Bachelor of Arts degree in Political Science from San Diego State University. He received his Juris Doctorate from Western State College of Law in 2014.

Mr. Hale was raised in the Sacramento area and he has lived in both Northern and Southern California. He and his wife currently reside in Sacramento with their young daughter. When he is not working, Mr. Hale maintains an active lifestyle, he enjoys traveling and is passionate about sports, and can be found spending quality time with friends and family.