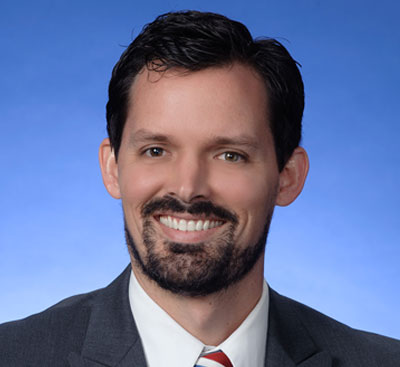 Mr. Foley is an associate at the Sacramento office of La Follette Johnson where his practice focuses on representing doctors, nurses, and hospitals in medical malpractice lawsuits. Prior to joining the firm in 2014, he worked at the California Attorney General’s Office in Sacramento defending prison employees, including doctors, nurses, and dentists, in civil litigation primarily in federal court.

Mr. Foley was born and raised in Benicia, California.  He received his Bachelor of Science degree in Biology from Brigham Young University and received his Juris Doctorate degree from Stetson University College of Law in the Tampa Bay area.

Most of Mr. Foley’s free time is spent with his wife, two daughters, and two sons.  He watches as much football and basketball as his family allows, coaches one or two youth soccer teams each summer and fall, and attends a constant stream of youth basketball, soccer, and lacrosse games, and swim meets too.  He also makes time to train for and compete in triathlons, partly for fun and partly to counteract the effects of being a taste-tester for his wife’s pie business.