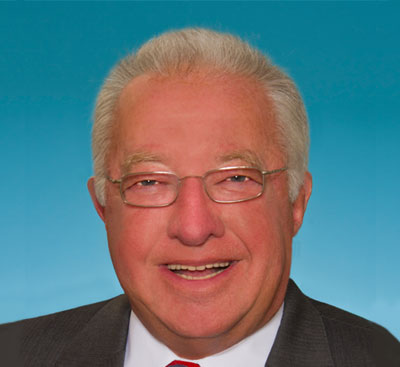 He spent two years as a prosecutor in criminal cases for the Los Angeles City Attorney’s Office where he was then selected, because of his trial results, to the Civil Section of the City Attorney’s Office, where he remained for three years defending the city in large civil exposure cases both in state and federal courts. In 1971, he joined La Follette Johnson where he became a named partner in 1976. Currently, he is the president and senior trial attorney of the firm. Mr. DeHaas has tried in excess of 350 jury trials, including over 175 medical malpractice cases. He has also tried multiple administrative hearings representing physicians before the California Medical Board. His litigation exposure consists of jury trials, arbitration, and cases venued both in state and federal courts. Mr. DeHaas has argued cases in the appellate court of the State of California and the 9th Circuit Federal Court. He has written multiple appellate briefs for cases in the State of California, federal courts, and the United States Supreme Court.

In 2001 Mr. DeHaas was the President of the Los Angeles Chapter of the American Board of Trial Advocates (ABOTA). He holds the rank of Diplomat and is a member of the Executive Committee of the Los Angeles Chapter of ABOTA and past Member of the National Executive Committee of ABOTA. Mr. DeHaas is also a recipient of the ABOTA Lee Wenzel Civility Award for 1999 and most recently the 2018 ABOTA Lifetime Achievement Award.

Mr. DeHaas was elected to the California Medical Legal Committee which is limited to twenty-four senior medical malpractice attorneys from Southern California. He is the past editor of the Emergency Medical Legal Digest and was appointed as a special arbitrator by the Los Angeles Superior Court. He has been a member of the Los Angeles County Bar Association and the Association of Southern California Defense Counsel, where he also served on the Board of Directors.

In 2005, Mr. DeHaas successfully defended a medical malpractice case which was selected by the Los Angeles Daily Journal as the most significant defense verdict for 2005 in medical malpractice litigation for California. He has been designated as one of Southern California’s Super Lawyers from 2006-2018, L.A. Chapter of ABOTA Trial Lawyer of the Year nominee for 2014-2018 and 2014 Champion of Justice Award presented by Loyola Law School.